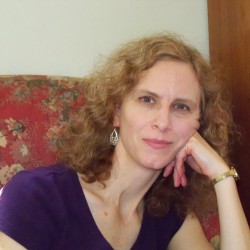 American Teens Encounter the Women of World War I 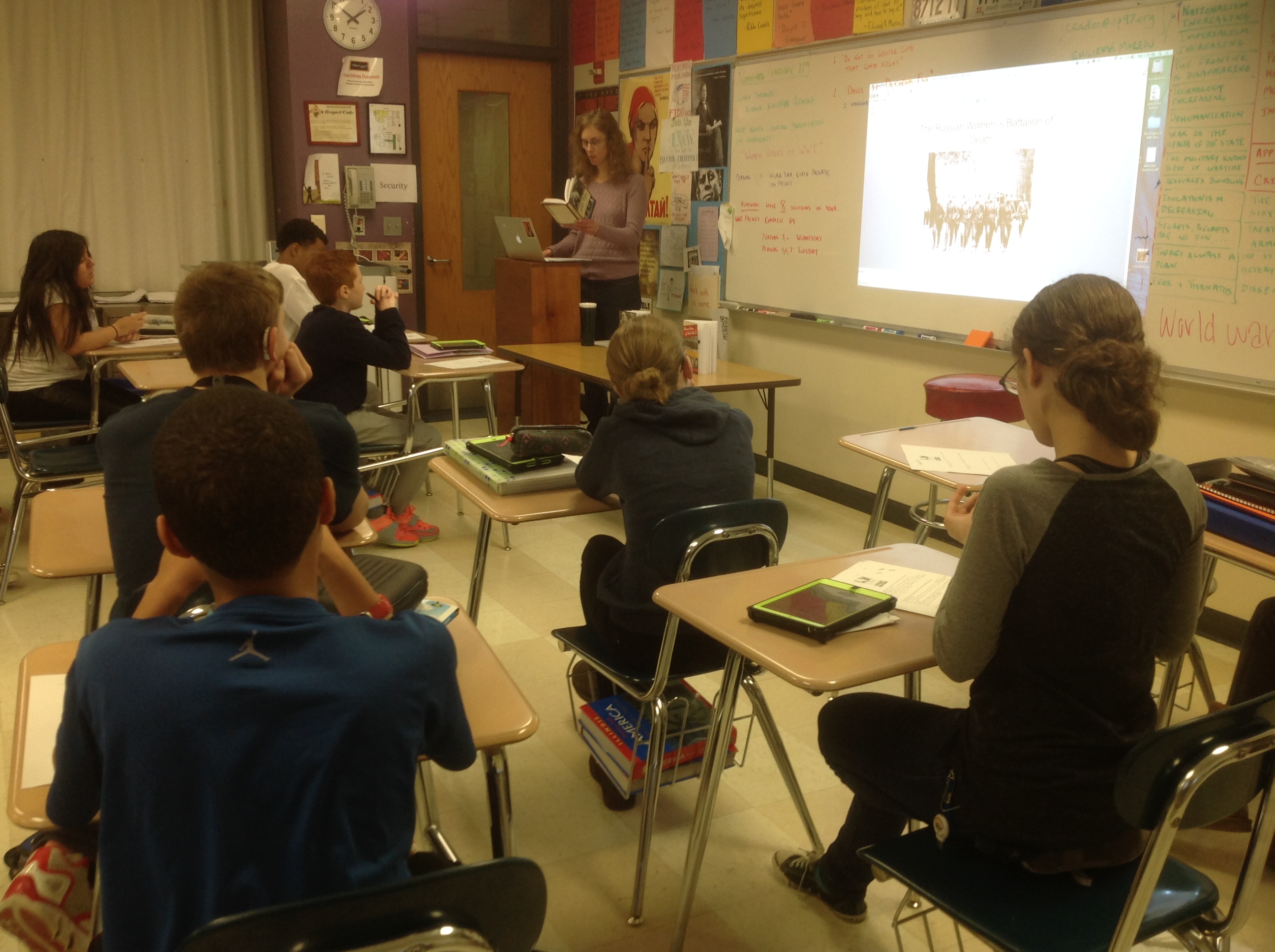 I had the opportunity this week to come face-to-face with a slice of my target audience: teenagers. They heard the heroic story of French teen Emilienne Moreau before viewing a sizeable number of archival photos depicting German, French, British, Italian, and American women at work on the home front, in munitions factories, in the medical services, and in auxiliary military roles.

They also learned the surprising connection between the Russian Women's Battalion of Death and American suffragists: how the existence of the world-famous Russian battalion refuted the American "Bullets for Ballots" anti-suffragist slogan.

Their teacher asked them what they found the most interesting and here's what some of them had to say:

- "I found the story of Emilienne Moreau and how France and Britain use her story for their own benefit most interesting. I think it should be a requirement to include important female heroes in textbooks." -Leah

- "I thought it was interesting that a teenage girl in France was a school teacher that was able to also be a hero. I am only three years younger than she was at the time!" - Sophie

- "Emilienne Moreau's story was really interesting because it showed how governments twisted stories of heroes in their favor." -Lilly

and on the same topic -- "...it was amazing how brave and selfless she was."
-Emma

- "I found the books interesting and would like to read one one day." - Maggie

- "What I found interesting is how much World War I helped women get more jobs." - Derrick

- "I liked hearing all the courageous stories about women fighting in the war." - Lincoln

- "So many woman were helpful to the war effort and broke so many barriers that were thought to be indestructible." - Eva

- "What I found most interesting was how so many women helped out in the war, whether it was being a nurse or a factory worker or a number of other things."

- "I liked when she listed all the things women did when the men were at war because I found it interesting to learn about what they did back then."

- "Emilienne Moreau and her story was inspiring and very interesting and courageous."

- "How all of the women were somehow connected. Some women joined [WWII] because they were inspired by [WWI] women, or they read memoirs, and were motivated."

- "Feminine power even though they couldn't vote yet."

- "The amount of jobs that opened up - especially that women participated in the Army and Navy, and some [in the US Navy] got paid as much as men. This is very surprising because women didn't work as much, it was less common, so the fact that they got equal pay is surprising. Even today we have issues with gender equality and pay."

- "I found all of the stories in the war effort very interesting because that is something we don't see in our textbooks. We only read about male heroes in World War I, but women played a big role."